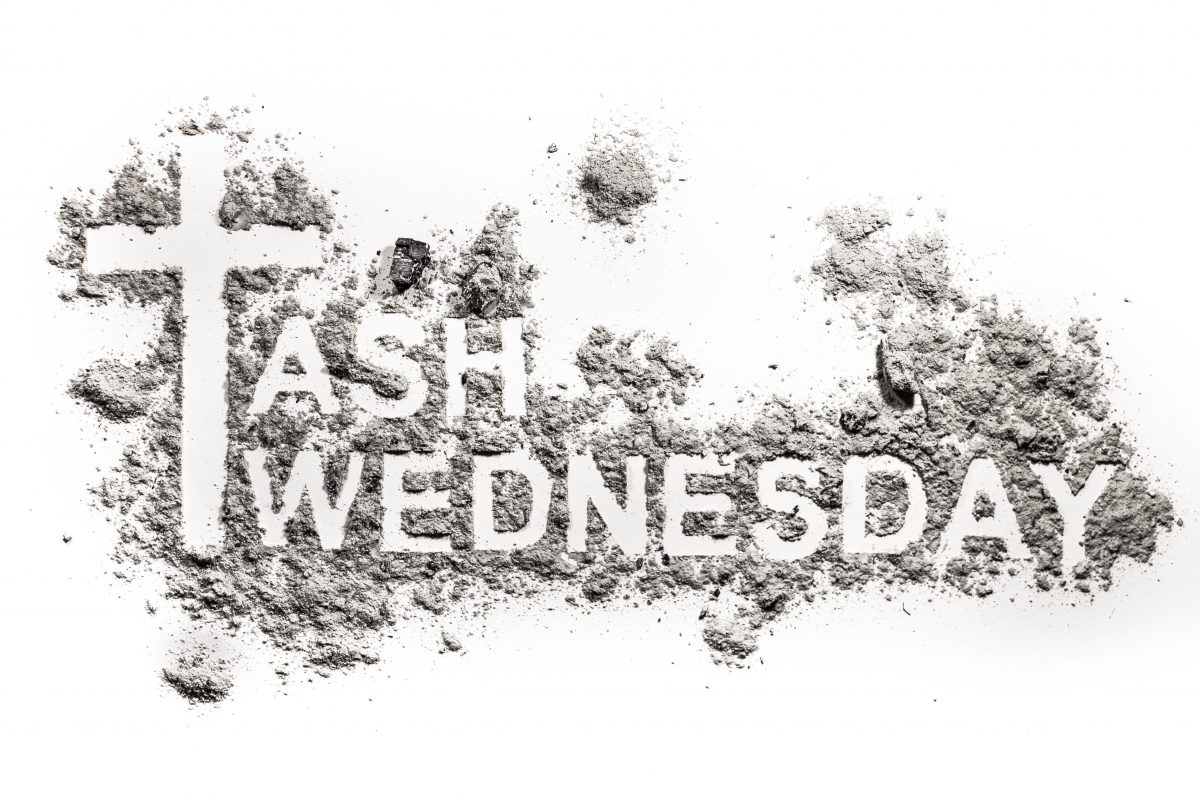 Today, we begin the season of Lent. Many will run to churches to get their heads marked with ashes, but for what reason? For many, the devotion is something deeply personal. They realize that they live less than perfect and they need forgiveness. The ashes on their head is a public statement acknowledging this fact. Over the next forty days, they will make a special effort to change their lives and become better people.

For others, the mark is something to show they have participated in a tradition. This might be a positive or a negative; traditions are simply that way. If we take part in a tradition to recall who we are, to reconnect to others and the past, it is a positive. If we enter a tradition and we don’t know why, but take the effort to unpack what the tradition is about, it is also a positive. It is only when we don’t try to learn the meaning of the ritual it becomes a negative.

My personal challenge, and, perhaps yours, is to unpack the ritual and the tradition; to acknowledge my sinfulness; to spend time changing the way I live and become a better person (to become holier, but not holier than thou). 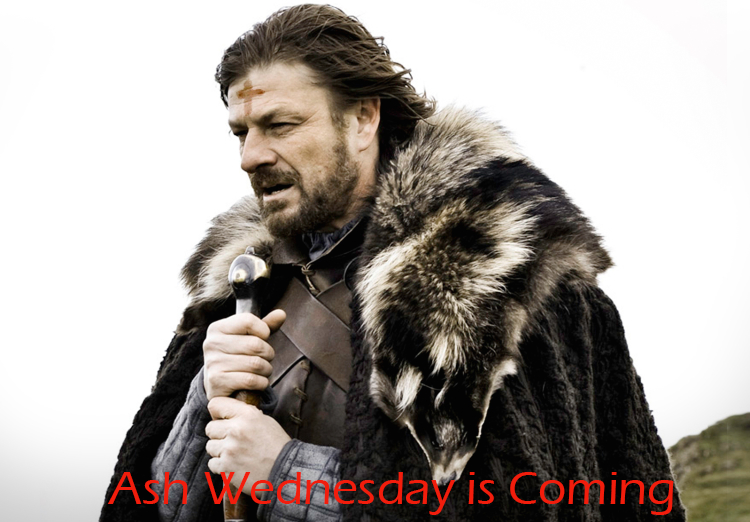 In 1988, Stryper decided to follow-up their highest selling album To Hell With the Devil with the very polished album In God We Trust (IGWT). The album was closer to pop and more radio friendly. The result was a mixed reception by fans and critics.

Many may question the title and the direction of this album.  “We thought long and hard about this title,” says Michael in response to thousands of fan comments. “It was actually considered quite a few years ago and it just didn’t feel like the right time. Now, with all the evil in the world that we see around us on a daily basis, it made perfect sense. It’s a very bold statement yet a prayer asking God to damn/condemn evil. Nothing more, nothing less.” (Stryper.com)

In a post, Michael Sweet released the lyrics to “God Damn Evil” to prove his point:

For some, the lyric “To Hell With the Devil” is ok, but they have trouble with “God Damn” because the phrase is often considered taking the Lord’s name in vain. Others argue two they mean the same thing, both are asking God to send something or someone to hell.  One is just more politically correct Christian.

While the lyric is definitely a hook with a message, I wonder if people also miss the other part of the chorus, where there is also a plea for “God save the People”? Initially when I scanned the song lyrics, I missed that plea.

When the album cover was released, people reacted positively and negatively. The album cover is similar in style to the last two Stryper albums. The artwork appears to to portray God coming down from heaven and striking down evil in the word. My initial reaction was a negative on the God image, He looks a lot like Zeus in my opinion. However, how do you draw a representation of God?

Recently, Frontier Records released the “Take It To Cross [Official Visualizer Video],” their first single of the album. While there are the traditional elements of Stryper are there, the chorus is not in classic the classic Stryper format. Instead you hear a growling chant, “TAKE IT TO THE CROSS.”

“Take It To The Cross is our answer to many fans asking us to do something a little heavier and even bordering on thrash, says Michael. The verses are heavy with a vocal and lyric delivery that’s bold and relevant yet the chorus kicks in with a fast, thrashy vibe. We brought in Matt Blanchard (Act Of Defiance / Shadows Fall) to handle the vocal growl on the choruses and the end vamp. This song is 100% high octane.” (Stryper.com)

Some may wonder how much does Michael sing on this song. According to Oz Fox posts on Facebook, “… Michael sings in the first and third lines of the phrase {the chorus–Bring It To The Cross} with a crazy vibratto on the end of the latter…With the exception of the last course of the song. Michael sings every line on that one.” (Oz Fox via Facebook)

While Stryper gambled on a more polished sound in 1988 and met with limited success, will this gamble on harder sounding album 30 years later be more successful? Will the message confronting of evil be lost in the new sound?  Will the album’s title put off Christian fans?

Currently the album is selling very well on Amazon (#1 on Amazon’s Rock Chart). Fans are responding positively and negatively to the album’s title, the cover art, and the song “Take It to The Cross.” My recommendation is look at the entire package before you judge. 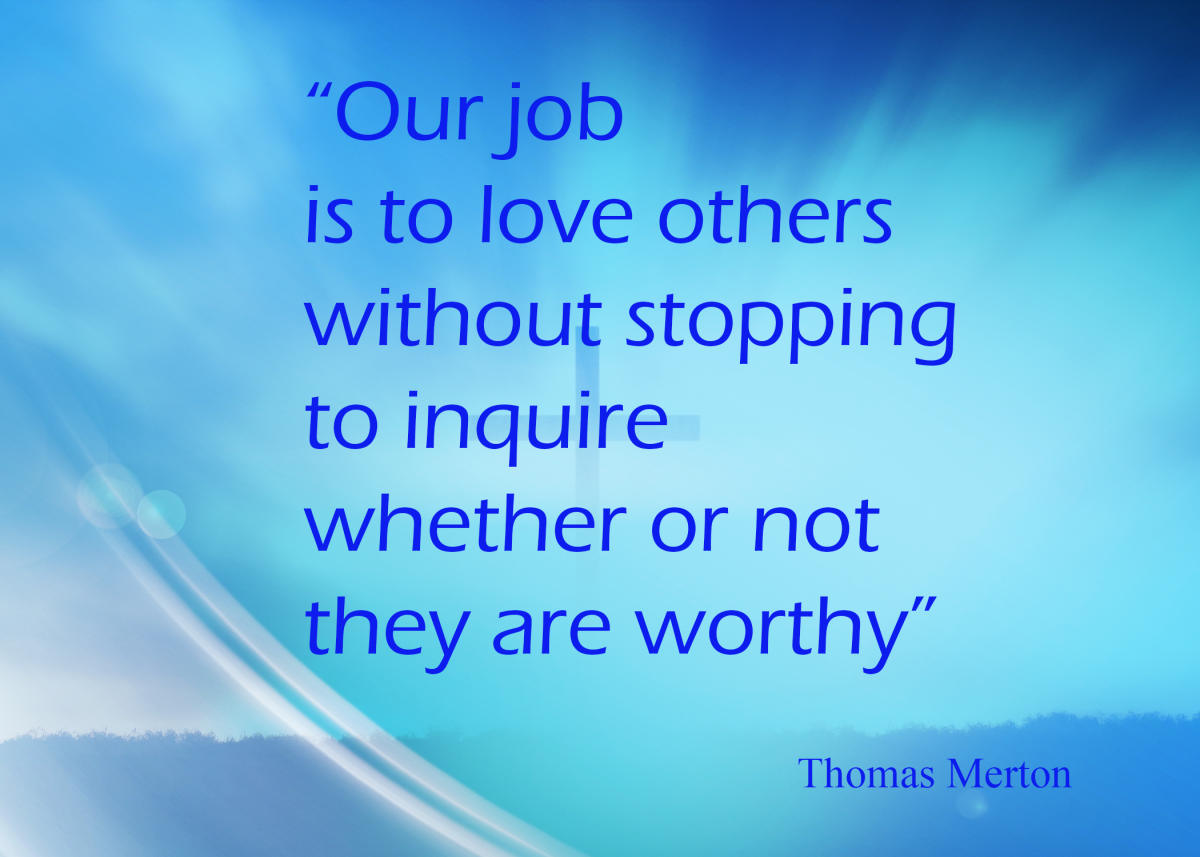 Sometimes, when we love, we allow ourselves to become vulnerable, but never weak. Love always opens the door for us getting hurt. It is only through strength can we love.

Love is always transformative, it is impossible to avoid. Through love, we open ourselves to new experiences that cannot but change us. Sometimes these changes our painful. Sometimes they are not.  Often, they make us better human beings.

Because love cannot be forced upon someone, it can be rejected. Some forms  of love, when rejected, can be heart breaking. Many writers have suggested that when Christ said on the cross, “I am thirsty” (John 19:28-29), Jesus was reflecting on how many people would reject His love. His wish for them to receive his love was so great, his wish became an unsatisfiable need.  Imagine dying for someone who doesn’t even recognize your sacrifice.

Brian Kesinger, who has worked as a visual artist for Walt Disney, created a series of mashups combining Calvin and Hobbes with the latest Star Wars Trilogy.  Above is one of his creations. From more, visit https://www.boredpanda.com/calvin-hobbes-star-wars-drawings-brian-kesinger/?utm_content=inf_10_2558_2&utm_source=facebook&utm_medium=link&utm_campaign=socialedge&tse_id=INF_4acb6540dabc11e7b926579f881108d6

I think this sums up a lot of what I feel about the terrible events in Pennsylvania. I have been sitting here for about an hour trying to summarize my feelings, to add to this but it is so difficult.… Read More

Adam Savage is at it again. Other Nerf gun modification. He answers the questions, why stop at 1… Read More

Whether we like it or not, we have entered into the season of Lent. Let's be honest, there is a… Read More