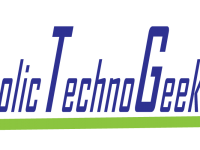 Let us face it, we Christians are not perfect. We are like everyone else and we sin just like everyone else. We do an injustice when we live in denial that we are still sinners or believe we are better than others. If anything, we should be even more conscious of our sins. We should have the courage to admit our wrongs and the strength to set things right.

For various reasons, I have been thinking about forgiveness. I am coming to the belief that forgiveness is a process.

In a perfect world, I believe would be possible for us to say “I forgive you,” and we would be able to forget the whole thing ever happened. Unfortunately, we don’t live in a perfect word.

Granted, there are times when we forgive and the “sin” is so small we do actually seem to forget it. I suppose the reason being is the sin didn’t affect us much emotionally, physically, mentally, or spiritually. The process is so short, we don’t even recognize that there was a process.

However, in most cases we are hurt in one or more of these five areas in a significant way, and we can’t just simply forget the pain and injury the sin has caused. Because we have been hurt, it would seem natural that we would need to go through a process of healing, which we all know takes time.

While pondering the meaning of forgiveness, I discovered to forgive, really doesn’t mean to forget. It means to let go of the desire to punish a person for their sin or offense. So to me the first step in forgiveness would be the desire not to punish the sinner.

But, something seems to be lacking in this first step. Wouldn’t the sinner also have to be sorry for the pain and hurt they caused and desired to be forgiven? For forgiveness can’t truly occur if the sinner doesn’t care what pain his/her actions have caused or actually takes pleasure in his/her sins. Just as forgiveness cannot occur if the victim has no desire but to get even or punish.

So if forgiveness is a process, what would be the next step? Perhaps, both parties recognizing that the sin has damaged the relationship; it is not longer the same as it was before the sin. For this reason, trust may have to be re-earned and lines of communications need to restored… and that this is a consequence of the sin and not a punishment.

Finally, the would most likely be a realization that to heal it is going to take time. And, despite our best efforts, there may be scars left by the sin; residual reminders of the damage caused by the sin. Or in other words, the sin is not forgotten. However, if there is true forgiveness the desire punish is gone.

Does this work in a real life situation? I decided to take Tiger Woods and his wife Elin’s current situation after his affair. Tiger has to be truly sorry for his affairs and honestly recognize the damage his actions have cause in his marriage. He also must his desire to be forgiven. Elin, on her part, has to find that love she may have for Tiger and desire not to punish him for the affairs in order to forgiveness to even begin. Then both must recognize that Tiger is going to have to re-earn his wife’s trust and that the physical, emotional, spiritual, and emotional wounds run deep. There is going to take time to work through those issues. Even if Elin and Tiger can work through Tiger’s affairs, there will always be that scar left over. Perhaps my theory works…

Some of you will say well this is a Christian blog and what about God’s forgiveness. Doesn’t God forget our sins the moment we are sorry? I think God does forget our sins. But we as human beings still have to go through the process.

While God is ready to not punish us for our sins because of God’s incredible love for us, we still need to recognize the damage our sin created and be sorry for that damage. We also have to be honest that we have altered the relationship with God because of our sin, and that we will need to change to restore that relationship. Usually, it is allowing ourselves to believe God truly loves us enough to forget our sin no matter how large it is. Again, it looks like a process…

The past week we recounted the Passion and Resurrection of Jesus. Many of us prefer to focus on the Resurrection because: 1) it is easier to reflect on because we prefer to not to deal with pain and suffering; 2) the Resurrection if proof to us that Jesus was indeed the Messiah. It is what convince the first believers and on which all Christian faiths build their foundations.

In my recent personal reflection on the Passion, something struck me today.  OK, it isn’t something new, I just revisited something I forgot.

Jesus died so that we may be freed from the spiritual punishment of sin, permanent separation form God. The reason I say spiritual punishment, we will always suffer the temporal affects of sin. If I sin against my wife, our relationship suffers because of that sin. If I am sorry and repent my sin, God forgives me. My wife may forgive me, but that damage will always be in my relationship; to what degree will always depend on the serious of the sin and how much I do to make preparations for the sin. A the some time, we need to realize that Jesus didn’t give us a blank check saying do whatever you want, I’ll will pay for it. We are too avoid sin.

However, Jesus’ death becomes more powerful if we place on the cross those things that cause us to sin. If my anger causes me to lash out in unhealthy and sinful ways, then I need to put my anger on the cross. That doesn’t mean Jesus will never let me become angry again, but if I left than anger on the cross, Jesus will help me express and deal with that anger in healthier ways.

We are challenged during Lent to give up something, but it doesn’t mean this process is to stop after Easter. Instead we are to echo Lent and Easter throughout our lives. When we encounter sin in our lives, we not only look at the sin but also its’ source. Then we bring it to Jesus who is dying and the cross and let him take not only the sin but its’ source.

If we truly let Christ take our sin and the source of the sin from us, we will experience Easter again and again. Jesus in the Garden of Gethsemane asks Peter who has fallen asleep as Jesus prayed, “Could you not watch one hour?” The disappointment in the statement is obvious. But Jesus also recognizes Peter’s human limits by continuing, “..[T]he spirit is indeed but the flesh is weak.” This Holy Week Jesus ask that you spend time with Him through his death and resurrection, as best as you are able. Take some time and experience God’s gift of love…even for just a minute each day…. He doesn’t want you to feel guilty about his cruxification and suffering; he did that willingly because he loves you. He wants you to experience and realize the depth of God’s love for you.

I think this sums up a lot of what I feel about the terrible events in Pennsylvania. I have been sitting here for about an hour trying to summarize my feelings, to add to this but it is so difficult.… Read More

Adam Savage is at it again. Other Nerf gun modification. He answers the questions, why stop at 1… Read More

Whether we like it or not, we have entered into the season of Lent. Let's be honest, there is a… Read More